I’m old enough that I remember a time without pay TV.  Long before cable, satellite, and streaming, we watched 10-12 channels with varying degrees of blur. We had a “rotor” that mechanically repointed the antenna on the roof of the family split foyer that would help tune in the station.  Over time, cable TV came to our neighborhood, later on, satellite providers offered more choices, and the days of “over the air” TV became a very distant memory.

Fast forward to where we are today.  I recently “cut the cord” and discontinued my satellite TV after subscribing for nearly 21 years.  (Did I mention I’m not getting any younger?)    To some people, this is a no-brainer.  Why pay for a TV service, when I can stream most content?  Why pay for content at all, if I can access high definition content using an over the air TV antenna?  For others, the idea of saving money and still watching your favorite shows sounds great in theory, but how can you get there from here?

Today, I want to walk through how TV works and provide practical tips for cord cutting.  This blog isn’t going to focus on the “bits-n-bytes-n’blinkin’lights” piece – but more about what happens to deliver video to your TV or device.  My hope is to demystify TV and streaming, and maybe make cord cutting a bit more approachable.

In the past, video content (i.e., TV Shows) was funded through advertising dollars.  As cable, and later, Satellite TV became available. Providers could offer content without commercials in exchange for a paid subscription. This model worked for many years, and then “the Internet” happened.

Cable and even Satellite Providers started offering Internet Service bundled with TV.  The line became blurred, and many users don’t even realize what their cable bill really covers.  Have you ever wondered why you can buy the “DoublePlay” for $79 and Internet for only $69? (prices are approximate as I’m my own ISP).  TV content providers (i.e., cable companies) can underwrite the cost of providing Internet service with their TV content.  Look at the biggest players in providing content (Comcast, Verizon, AT&T) and how having content affects their Internet pricing.

Can anyone cut the cord?  Maybe, maybe not.  The first question you need to ask yourself is what do you really watch on TV?  Do you watch broadcast channels like NBC, CBS, ABC, Fox?  Channels that are historically cable channels like HGTV, HBO, History Channel, Starz?  Do you generally watch shows “live” or do you watch them on demand (or recorded)?  Do you have viable Internet (Internet with speeds of at least 3.5 Mps download and no data limits)?

Once you have a good understanding of how you watch content, and where that content is from, you can evaluate your options.  If you want access to local TV networks (i.e., for the news, Football games) invest in a good over the air antenna.  Prices range from $30 to just under $170.  This is a case where you get what you pay for – some antennas work better because they have more power (more energy to pick up signals) due to their design.  If you want to watch content from local and other broadcast channels “on demand” you will want to buy a DVR (digital video recorder).  These also come in multiple flavors – some are easier to set up than others.

What if you want to watch content from any of the many streaming services available – Netflix, Hulu, Amazon Prime, YouTube?  To stream video using the Internet, you need the following:

What about the “other channels” –  you know – the channels you didn’t think you watch but realize you can’t access through any of the other streaming services?  What about live TV on “pay” channels?

There are a few options out there for streaming live TV.  I’ve personally only tried SlingTV (owned by Dish Network) and PSVUe (owned by Sony).  Each offers various packages to meet different pocketbooks, and there are slightly different channel lineups.  If you subscribe to Sling or PSVue, they become your “cable provider,” and you can access online content from sources like  ESPN by selecting Sling or PSVue in the drop-down menu.  Before you open an account, if there is a particular channel you love, confirm that the provider offers that channel.  As with video streaming services, subscribing has two parts – the first is establishing the account (including providing payment information) and the second is linking that account to your streaming device.  Each service has a different setup and generally “there’s an app for that.”

This blog post has been a long one, and I’m hoping you’re not leaving this page questioning if you’ll ever read another one of my posts.  As always, feel free to email me with your questions. 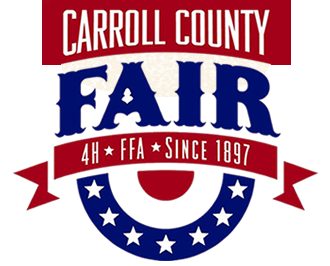